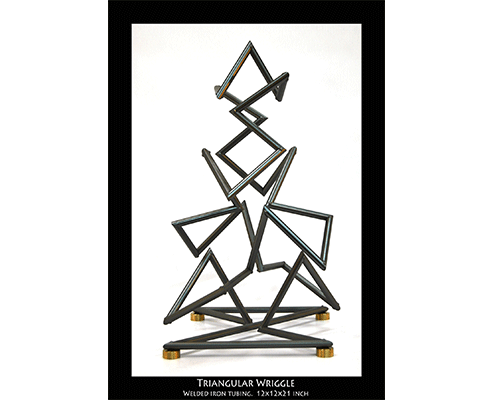 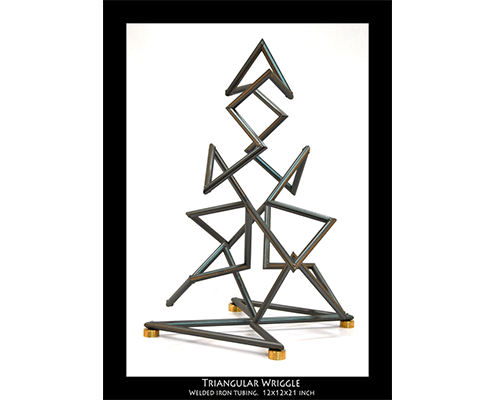 Based on an L-system. The hidden initiator is formed by a pair of four-pieced ascending helix out of phase 180 degrees that converge to the center in the top point. The generating curve is inspired in the Von Koch curve but extended to 3D. It is made of four tubing placed between the initiator’s vertices. The length of its branches is reduced as it rises along the initiator helix.